Bahraich (Uttar Pradesh) [India], November 30 (ANI): Six people died and 15 were injured in a collision between a Roadways bus and a truck in the Tappe Sipah area in Bahraich, police said on Wednesday.

The injured have been sent to a hospital.

Police are present at the spot. The cause of the accident is yet to be ascertained.

District Magistrate Dr. Dinesh Chandra said that the bus was coming from Jaipur and going to Bahraich. In the morning around 4:30 am, it collided with a truck coming from the wrong direction. The District Magistrate said that out of 15 injured, the condition of four persons remains critical and proper arrangements are being made for their treatment.

Meanwhile, Uttar Pradesh Chief Minister Yogi Adityanath expressed grief over the death of people in the accident. He prayed for peace to the departed souls and expressed condolences to the families of the deceased. He also prayed for the speedy recovery of the injured.

The Chief Minister has directed the officials of the district administration to take the injured to hospital immediately for their proper treatment. (ANI) 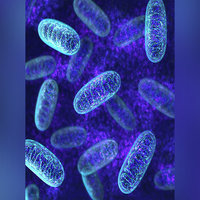