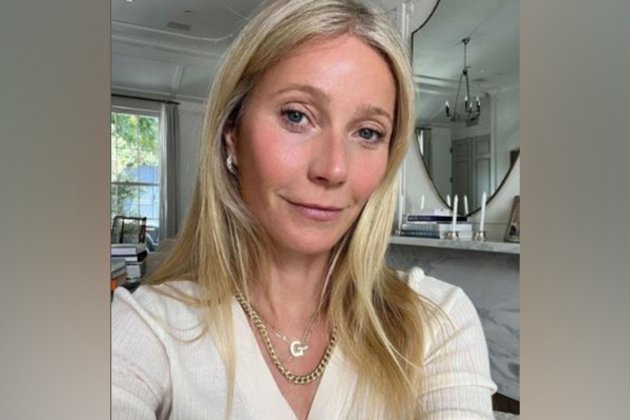 Washington [US], August 18 (ANI): Hollywood Diva Gwyneth Paltrow will make her debut appearance as a guest Shark on ABC's 'Shark Tank' in Season 14.

According to Variety, Tony Xu, CEO and co-founder of Doordash, will also make his first appearance this season.

Paltrow, who has been in films such as 'Iron Man,' 'Shakespeare in Love,' and 'Se7en,' will make her first television appearance in the business realm. Paltrow founded the lifestyle brand Goop in 2008. In 2016, she was appointed CEO of the company. Goop features two Netflix shows, "The Goop Lab with Gwenyth Paltrow" and "Sex, LoveGoop," in addition to its book imprints, skincare and fragrance lines, and live events. Paltrow will now work alongside long-time sharks Mark Cuban, Barbara Corcoran, Lori Greiner, Robert Herjavec, Daymond John, and Kevin O'Leary to find the next great thing.

Other guest sharks returning for this season include Peter Jones, a dragon on the BBC's "Dragon's Den," Emma Grede, a founding partner of Skims, and Along with Kendra Scott, who is the company's creator, executive chairwoman, and chief creative officer, Daniel Lubetzky, co-founder of Somos Foods, founded Kind.

Season 14 of "Shark Tank" will begin with a live broadcast on ABC on Friday, Sept. 23 at 8 p.m. ET. The day after their premieres, episodes are also accessible on demand and on Hulu.