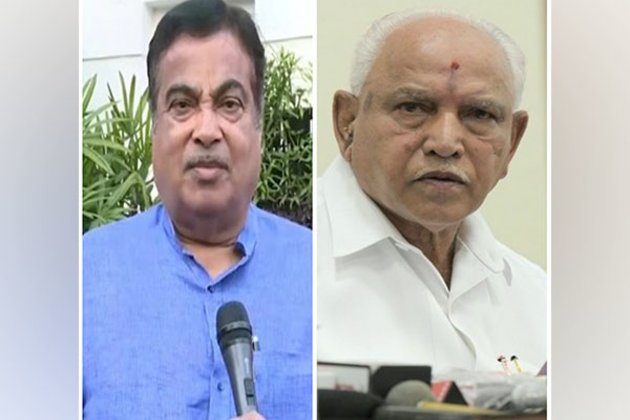 BJP national president JP Nadda on Wednesday announced that the reconstituted Parliamentary Board filled in all the vacancies that were created after the demise of senior leaders Arun Jaitley, Sushma Swaraj, and also after Venkaiah Naidu took over as the Vice President of India.

Nitin Gadkari's exclusion from the Parliamentary board, which takes important decisions on behalf of the national executive of the party, including on chief ministers and state chiefs, has come as a surprise as he is a former BJP chief and the party has so far not removed its ex-presidents from the decision making process.

The Union Road and Transport Minister has also been dropped from the party's Central Election Committee (CEC).

Former Assam Chief Minister and present Ayush minister, Sarbananda Sonowal has made it to the list of the Parliamentary BoardAfter the last Assembly elections, Sonowal had vacated the post of Assam chief minister making way for Himanta Biswa Sarma while Sonowal was brought to the Centre as a Cabinet Minister.

The party has also included the veteran leader from Karnataka BS Yediyurappa who had only last year resigned as Chief Minister after Basavaraj Bommai was made Chief Minister in his place.

Top leaders of the party had even then assured that Yediyurappa will play an active role in the party and his services would be used extensively for the upcoming Karnataka Assembly elections.

Yediyurappa is considered to be one of the tallest leaders of the Lingayat community, which is politically crucial in the Southern state.

K Laxman former president of the BJP from Telangana and presently serving as the party's OBC Morcha chief was recently brought to Rajya Sabha from Uttar Pradesh. His appointment to the Parliamentary board has been seen as a push in the Southern state of Telangana.

Others included in the Parliamentary board are Sudha Yadav Satyanarayan Jatiya and Lal Singh Rajpura.

Madhya Pradesh Chief Minister Shivraj Singh Chouhan who has also been a member of the Parliamentary board and CEC for the longest period was dropped from the CEC.

Former Bihar minister Shahnawaz Hussain and one of BJP's longest serving members of Parliament Jual Oram was also been dropped from the party's CEC.

The new Parliamentary Board constituted by the BJP indicates how the party rewards old workers BSY, Satya Narayan Jatia, K Laxman have given their lives to the party, building it brick by brick from the start and values the experience of its karyakartas.

There is evidently an emphasis on diversity. Sarbananda Sonowal is from the NorthEast, L Laxman and BS Yediyurappa hail from the South and Iqbal Singh Lalpura is a Sikh.

Sudha Yadav is a self-made political leader whose husband was killed in action at Kargil. Her inclusion shows the topmost respect to women and families of the armed forces.

Representation from the South and NorthEast is at an all time high of sorts. (ANI)