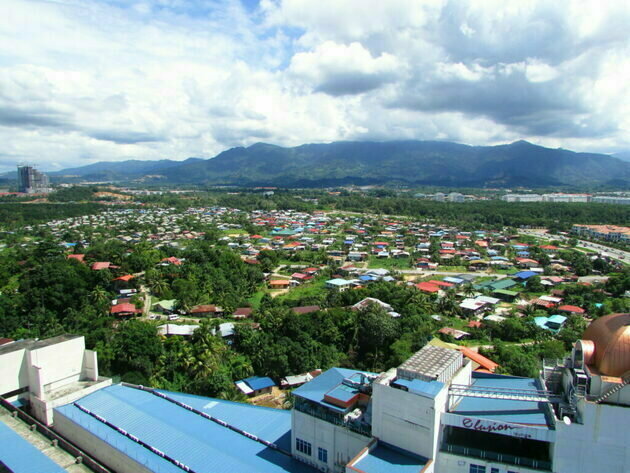 A turn to sustainable development could help stop rich countries offshoring their pollution to poorer countries.

Every July, Singapore prepares to see its greenery vanish beneath a mantle of smoke. The haze from land-clearing fires drifts from Indonesia and Malaysia each dry season. But a recent study has revealed another source of air pollution from Singapore's neighbours: heavy metals, such as chromium, from heavy industry.

That pollution lasts all year round, posing a chronic risk to human health. It comes from what experts have described as 'pollution havens': developing Southeast Asian economies such as Indonesia, Malaysia and Thailand that are rapidly industrialising. They house the industries Singapore and other rich countries can afford to outsource.

Singapore has received an increasing amount of transboundary industrial pollution over the past two decades. Dry chromium deposits into the island nation's oldest reservoir have doubled.

An industrial pollutant, chromium is emitted mostly from steel and cement manufacturing and fossil-fuel burning. As of 2017, 70 percent of Singapore's non-biomass (non-vegetation-burning) pollution came from sources in neighbouring countries.

But it is unfair to say these countries should simply clean up their act. A large amount of foreign direct investment in developing Southeast Asian countries supports industries such as coal-fired power plants and steel and cement manufacturing, all of which are pillar industries with low investment risks and high rates of return. The more investment they attract, the more they grow and the more pollution they produce.

Singapore has been able to keep its local pollution low since the 1990s partly because of ever-growing international trade, according to a study. Put simply, Singapore can afford to import pollution-intensive products such as cement and steel instead of producing them locally.

The pollution caused by manufacturing these products is offshored to surrounding countries in urgent economic need of industrial development. This offshored pollution is not unique to Singapore: the practice is quite common between economically more advanced areas and less advanced areas across the world.

Textile-industry pollution began to be sent offshore during the global industrial transfer from the United Kingdom and the United States to Japan after World War II and then moved to the four Asian 'tigers', including Singapore, in the 1970s.

After that, the industry and its pollution moved to China in the 1990s and then to developing countries in Southeast Asia, South Asia and Africa after the 2000s.

It is difficult for developing economies to turn away from these offers. They need foreign investment and the profitable industries it supports. So it is principally the investors' responsibility to choose a pathway of green development via responsible financing.

China is among the largest foreign investors in Southeast Asia. In 2021, China announced that its Belt and Road Initiative had stopped financing any new coal-fired power-plant projects overseas. It followed this with a US$15 billion investment in Indonesia that could help ease pollution from dirty coal in the region as well as in other developing economies across the world.

Singapore is the largest intra-ASEAN investor in the region. In the same year, Singapore's largest bank said it would stop financing coal-related projects, but only by 2039. These contrasting reactions highlight the different levels of awareness about responsible financing.

Developing economies will need determination as they choose a path of sustainable development and actively improve their local environmental quality by upgrading emission standards, promoting green manufacturing and improving their people's environmental awareness.

Every country deserves an equal opportunity to develop, but it is also a universal human right to breathe clean air. The conflict could be resolved if all parties set aside differences and pooled their efforts to build a sustainable future.

CHEN Qinqin (ORCID) is currently a postdoctoral researcher at Tsinghua University, Beijing. Her research has largely focused on transboundary pollution and sustainable development in developing countries. This research was funded by an Academic Research Fund Tier 1 (FY2017-FRC1-005) from the Ministry of Education, Singapore.

The post The pesky problem of offshoring pollution appeared first on 360.