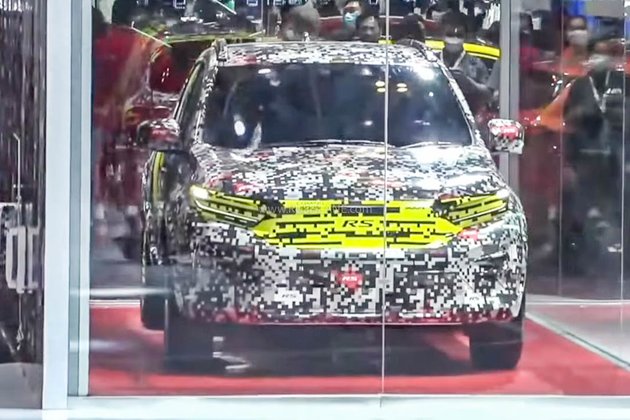 Honda is known for their foolproof and reliable powertrains and features and have gained trust of millions across the world. Even when it comes to SUVs, they are very popular. Honda has the CR-V, Pilot, Passport, HR-V and the likes that are very popular, especially in North American Market.

All that brute muscle around the world and Honda has never been able to flex that in India. The CR-V, which often makes it to the top-5 best-selling cars list in the USA often, was poorly received in India. If we look at Honda's total market share in India in the month of June 2022, it is only 2.44% with just 7,834 units. Honda's SUV share, we only have the WR-V crossover and reflected by our sub 4m SUV sales chart, it only sold 593 units with 1.10% market share and secures bottom-most position. Honda needs SUVs, pronto.

There are split speculations regarding where this new SUV would land and what it would be called. If we take a look at South-East Asian media, they predict that it would fall against sub 4M SUVs like Hyundai Venue or Kia Sonet. Malaysian media compare it with Toyota Raize, Perodua Ativa and Daihatsu Rocky. Toyota Raize and Daihatsu Rocky are the same, but different. Like we have Baleno and Glanza. All the cars that Honda's new SUV is compared with, are around 4M in length. Some also speculate that it will be named WR-V which would replace the WR-V crossover that we have in India.

If Honda wants to jump-start to glory, it has to start with sub 4m SUVs first. Honda can't risk things anymore with products similar to WR-V and BR-V which were basically Jazz and Mobilio respectively. They have to introduce properly designed-from-the-ground-up SUVs. An SUV built on Amaze's platform sharing Amaze's petrol and diesel engine and transmission options is not a bad thing. We can see the recently spied SUV as a WR-V replacement.

While the bigger PF2S will be similar to HR-V that Honda sells globally with around 4.3m in length competing against Hyundai Creta and the likes. If we look at Honda's SUV lineup for Asian markets, we have CR-V which is a D-segment SUV. 6th-Gen CR-V with Hybrid powertrain is for USA.

Then we have ZR-V which is a CR-V but for China, HR-V SUV is smaller than CR-V and we also have BR-V which sits in between CR-V and HR-V. At the smaller end, we have WR-V which is a crossover now but can be an SUV soon and sits below HR-V. Scratched your head? If only Honda named their cars with words like most manufacturers, unlike random letters.