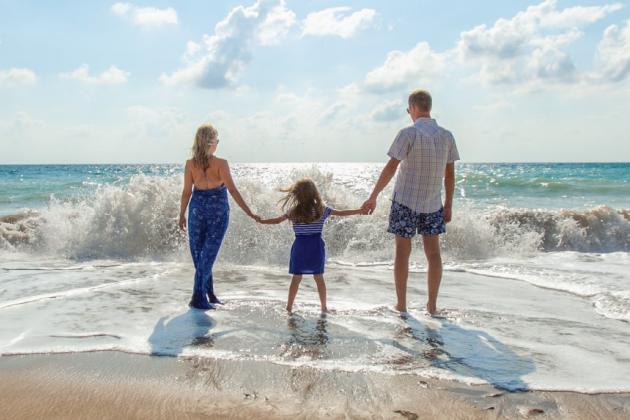 My body, my world , our planet

Activist, filmmaker, and bestselling author Raj Patel was dressed as a genetically modified tomato when he met Rupa Marya, MD, more than a decade ago. They were at a protest organized against pesticide use, and Marya-who is a musician as well as a physician-was playing a show at the event with her world-touring band Rupa and the April Fishes. Patel says the two quickly became friends.

Patel is a widely published author, perhaps best known for his New York Times and international bestselling book, The Value of Nothing. He is also a filmmaker as well as a research professor in the Lyndon B Johnson School of Public Affairs at the University of Texas, Austin. Marya is an associate professor of medicine at the University of California, San Francisco (UCSF), whose research investigates the intersections of social structures and illness, and the impacts of the culture of colonialism on health. She is also executive director and board chair for the Deep Medicine Circle, a women of color-led, worker-directed 501(c)(3) nonprofit in the San Francisco Bay Area, focused on decolonizing farming and restoring relationships with nature through food.

Recently, Marya and Patel co-authored the book Inflamed: Deep Medicine and the Anatomy of Injustice, published in 2021 through Macmillan.

"We'd been plotting the book for years, and it was picked up by a publisher just as the pandemic was breaking in the U.S. [in spring 2020]," Patel says. "Our lives during the pandemic resonated with the writing. Between us, we experienced wildfires, being climate refugees, long COVID-19, deaths of loved ones due to COVID-19, diseases of the food system, racism, and gun violence. We braided that pain and anger through the book."

Their book highlights the connections between health and structural injustices prevalent in modern societies, and its structure proceeds through different anatomical systems of the body as a framework to discuss not only health crises facing society but also injustices in food, racism, climate, the medical industry and beyond.

"The vision was to have a book that subverted the way that the body is taught, as individual segregated systems within the body," Patel says. "As you move through the book, it becomes increasingly clear that you can't understand, say, the gut without understanding the brain and the complexity of systems within systems."

The connective thread throughout the book is inflammation, and the many interconnected ways in which our bodies, societies, and planet are all "inflamed."

Patel says the conversation about inflammation began between Marya and him after a "powerful" talk Marya gave at the University of Texas that he attended.

"As I drove her to the airport, it became clear that my work on food systems and peasant/working class struggles in the Global South resonated with hers on the front lines of the fights for Indigenous and racial justice, and [both our works] were knitted together by inflammation," he says.

Patel explains that inflammation is the body's natural response to the threat of damage, which is a necessary start of the healing process-that is, until the causes of inflammation become a constant.

"When the damage-and its threat-comes every day, then the body never gets a chance to heal," he says. "Damage and the danger of damage aren't distributed evenly. Social injustice-the fear of losing your car, home, or life to powerful people for any infraction, real or perceived-is something that working-class communities, women, and communities of people of color can feel daily. That threat does as much real harm as the exposures to pollution, extreme weather, and daily physical workplace harm that such folk face. The attendant inflammation sets the bodies of people in those communities to a lifetime of poorer health than the wealthiest white men on Earth could ever conceive."

As the book's subtitle suggests, the book delves into the idea of "deep medicine," which Marya explains is a way of seeing and relating to how larger social structures contribute to illness, and then working with that understanding to redesign those structures.

The concept of deep medicine, Marya says, is opposed to "shallow medicine," which tends to focus on the cause of illness stemming from within a single individual. She says in working on the book, she and Patel were able to combine their insights and research from years of working with communities around the globe into "a discussion of food systems and land use, medicine and biology and histories and cosmologies."

With her band, Marya has toured 29 different countries over the course of decades. She says in returning to the same communities many times again through the years, she was able to see certain patterns emerge related to how people were getting sick, and who was or was not getting sick. She says these observations became the groundwork that eventually led to the concepts covered in Inflamed.

"The book came about because of these insights while traveling," she says. "[About 18 years ago] I began to notice that all these different groups who were marginalized or socially oppressed, or from communities that had endured colonization, were suffering. The people were suffering in very similar ways. I started to call it 'colonized syndrome.'"

She says the communities she and Patel have each had the chance to witness and work with informed the story they told in the book, "which is that our bodies, our societies, and our planet are being damaged through the same cosmology that has severed our relationships with each other and to the web of life that keeps us healthy."

Patel says that once the two coauthors realized inflammation was like a connecting cord between physical health and the many injustices of today's socioeconomic systems, the problem was figuring out what to include and what to leave out of the book because they began to notice evidence everywhere "linking bodily inflammation to that of the planet, and the machinations of colonial capitalism."

"Once you see inflammation, its pathways and causes and effects, you can't unsee it," he says. "The New York Times ran a piece on the race to steal the microbiome of Indigenous communities in the Amazon to treat those in the Global North whose guts have been denuded by living in the cities," Patel adds. "That kind of colonial plunder is exactly what we'd predicted in the book."

Patel says he enjoyed learning from Marya about the ways in which the body "carries the insults of capitalism down through the mind to the cellular level."

"To learn how payday loans are associated with higher rates of inflammatory markers, and that the best medicine isn't an anti-inflammatory pill but to ban payday loans, is something I'm surprised I was surprised by. It seems obvious now, but it was a surprising thing to find out while we were writing [the book]."

Since its publication, Patel says Inflamed has been used and quoted in movements around the world. If he could leave readers with a single takeaway from the book, he says it would be to "organize!"

"There's nothing in the book that you can really do alone," he says. "Sure, eat healthily, turn your phone off at night, sleep well, exercise, and spend time connected to the web of life. These are all things that, if you can do them, you probably already are. The problem is that the ability to do this isn't distributed evenly. Until everyone is safe, no one is. And capitalism won't let everyone be safe. So the medicine [to cure this situation] is to move beyond capitalism. That's not something that can happen through the individual will. Only through collective power. So, organize!"

April M. Short is an editor, journalist, documentary editor, and producer. She is a writing fellow at Local Peace Economy, a project of the Independent Media Institute. Previously, she served as a managing editor at AlterNet as well as an award-winning senior staff writer for Santa Cruz, California's weekly newspaper. Her work has been published in the San Francisco Chronicle, In These Times, Salon, and many others.

This article was produced by Local Peace Economy, a project of the Independent Media Institute.